Do you have any further questions about our projects?

About TYE trust your ears GmbH

TYE develops event formats that become inspiring experiences. Whether digital, analog or hybrid. This is what the two entrepreneurs Nick and Clemens Prokop of TYE are committed to. When looking for a suitable textile for the media staging of the Beethoven concert “prometheus dis.order”, the two artists chose the lighting textile from ETTLIN LUX®. For the production in the dome-shaped hall of the Tonhalle in Düsseldorf, they developed a stage sculpture that combines and contrasts different facets of light. 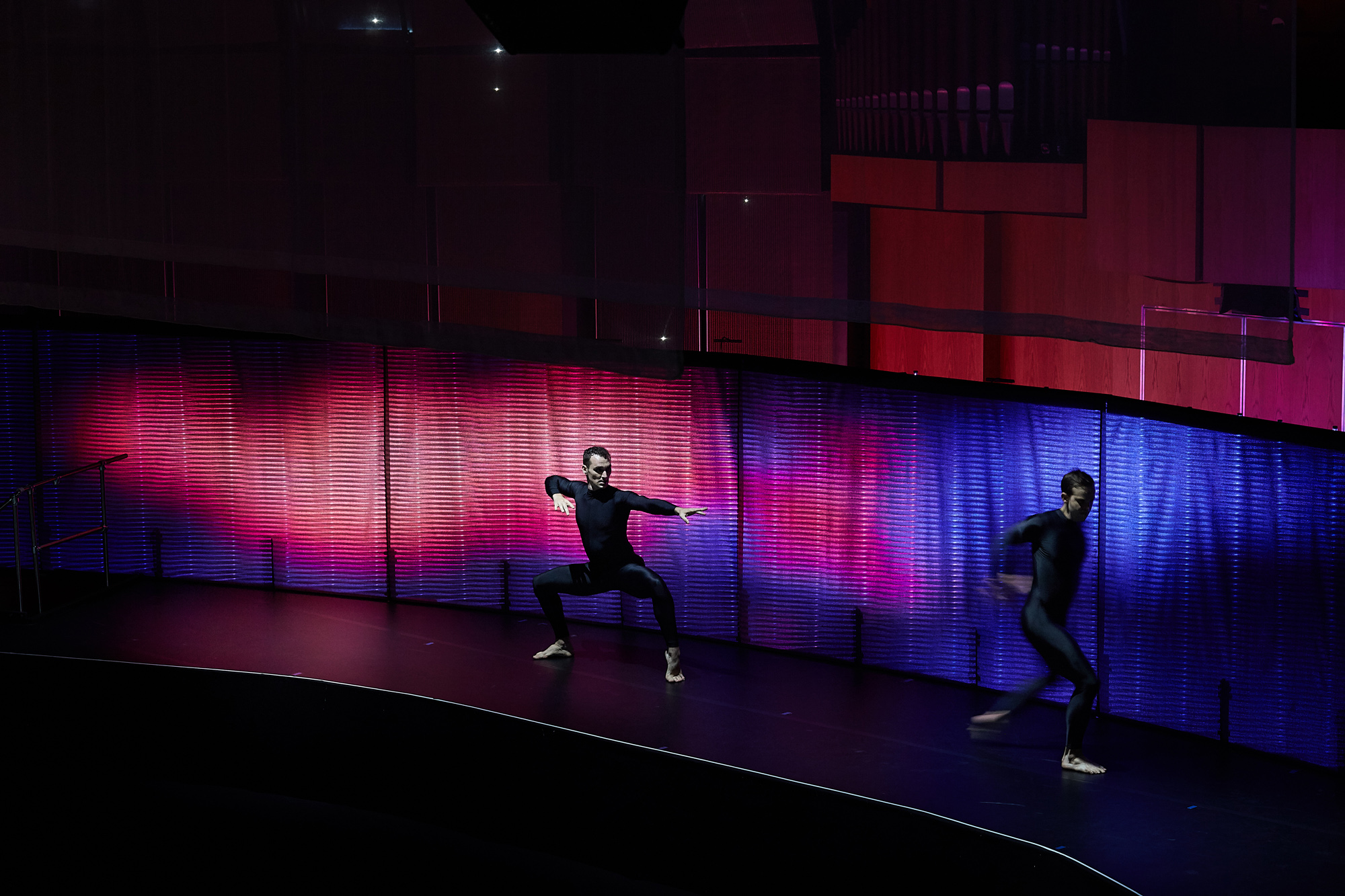 The interactive stage for the Beethoven concert “prometheus dis.order” in the Tonhalle Düsseldorf with backlit textile from ETTLIN LUX® and innovative LED lighting technology from SGM. | © Photo: TYE / Boris Zorn

The project on Prometheus was planned by TYE trust your ears GmbH for two years. Due to Covid-19, the project took longer than originally planned. 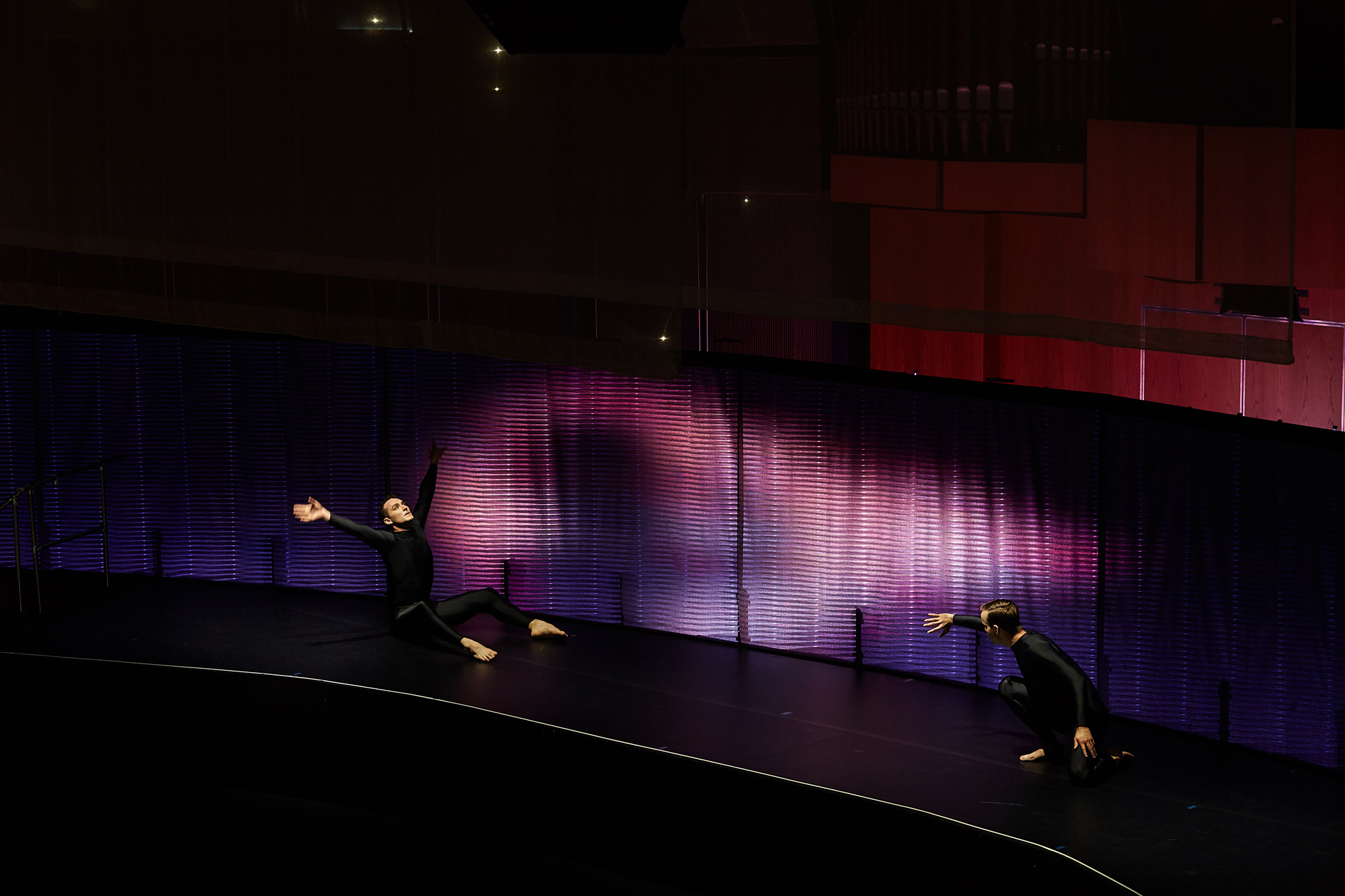 Media setting for the stage design with light, textile and wooden frame

The stage vignette of the medial production for “prometheus dis.order” was designed on a total length of 22 meters and a height of 1,90 m. The special, light-technical textile of ETTLIN LUX® in combination with the nine wooden elements make it possible to let the stage design shine in this way.

The wooden frames, manufactured in modular lightweight construction, were developed by experts from the University of Applied Sciences in Düsseldorf and tacked with the black ETTLIN LUX® textile Decolux 2506. The depth of the wooden frames is 35 cm, which makes such light effects with the textile possible in the first place. This is because where the distance from the LED to the textile is greater, the textile emits a more intense depth effect than when the distance is smaller. 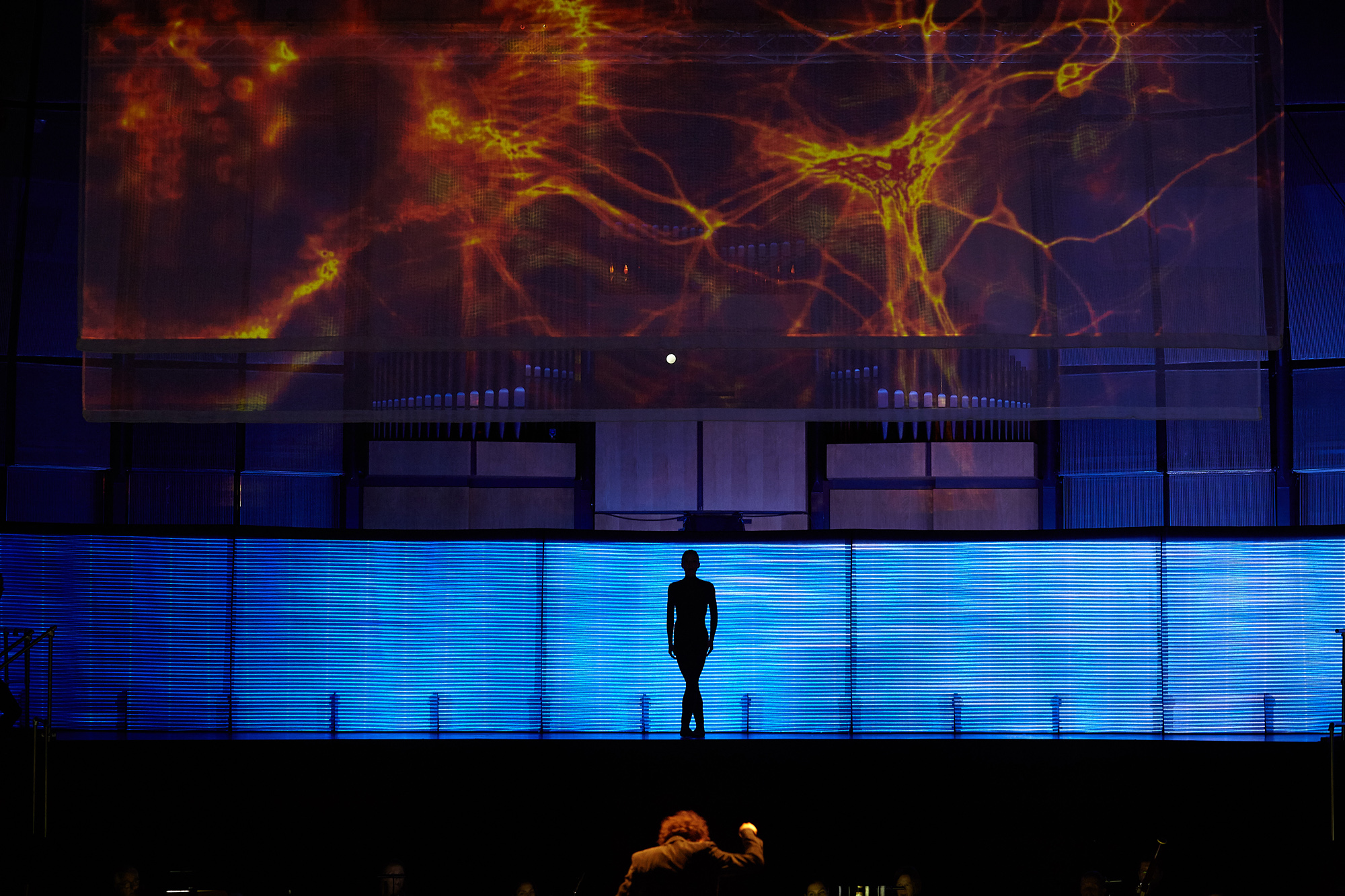 For the dynamic LED light shows of the stage sculpture for “prometheus dis.order”, TYE chose the LT 200 LED 3D Graphic Tubes product from SGM. These are 2 m long tubes with a total of 54 pixels, at a pixel pitch of 35 mm and with low energy consumption. The LED technology is controlled via the Resolume Arena software. 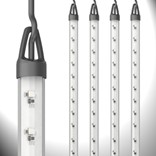 Illustration of the LED technology used for the light installation | Photo: SGM 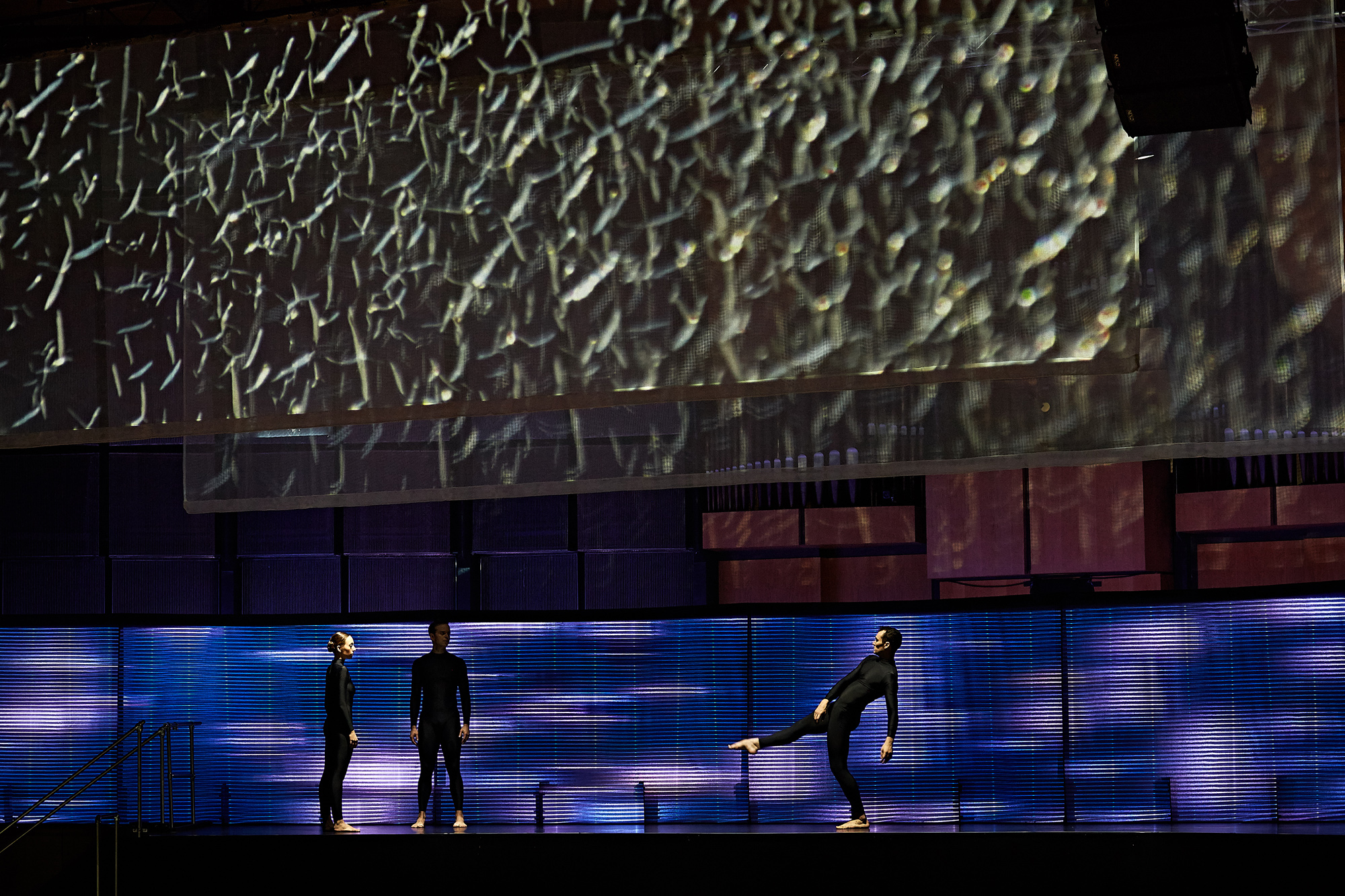 With minimalist movements, three dancers of the Ballett am Rhein trigger the 3D effects that surround them as a dynamically illuminated aura for the performance of Beethoven’s “prometheus.disorder”. | © Photo: TYE / Boris Zorn

Nick and Clemens Prokop are constantly inventing new interactive stages and concert events that appeal to, inspire and excite people. Consequently, the two artists take on a new challenge with each project. This was also the case with the design of the medial light staging of “prometheus.disorder”. In this case, the concave arch shape of the stage design, adapted to the specific space of the Tonhalle Düsseldorf, which emerged from a former observatory, was a challenge. Because of this, the wrinkling of the ETTLIN LUX® textile had to be avoided in an appropriate way so that the lighting effect would not be impaired.

Review and outlook on staging with ETTLIN LUX® textiles

The presentation of light and textile in the BMW Museum in Munich first brought the two brothers Nick and Clemens Prokop to the application possibilities of the light-technical textile from ETTLIN LUX®. This project inspired the two artists so much that they quickly decided to use the textile for the stage design of Beethoven’s Prometheus. “If we had one wish, we would use the ETTLIN LUX® textile for a concert staging at the Walt Disney Concert Hall in Los Angeles,” said Nick Prokop when asked about a wish project with ETTLIN LUX®.

"Decolux is ideal for our artistic work because the black colour integrates effortlessly into theatre and concert halls.'' 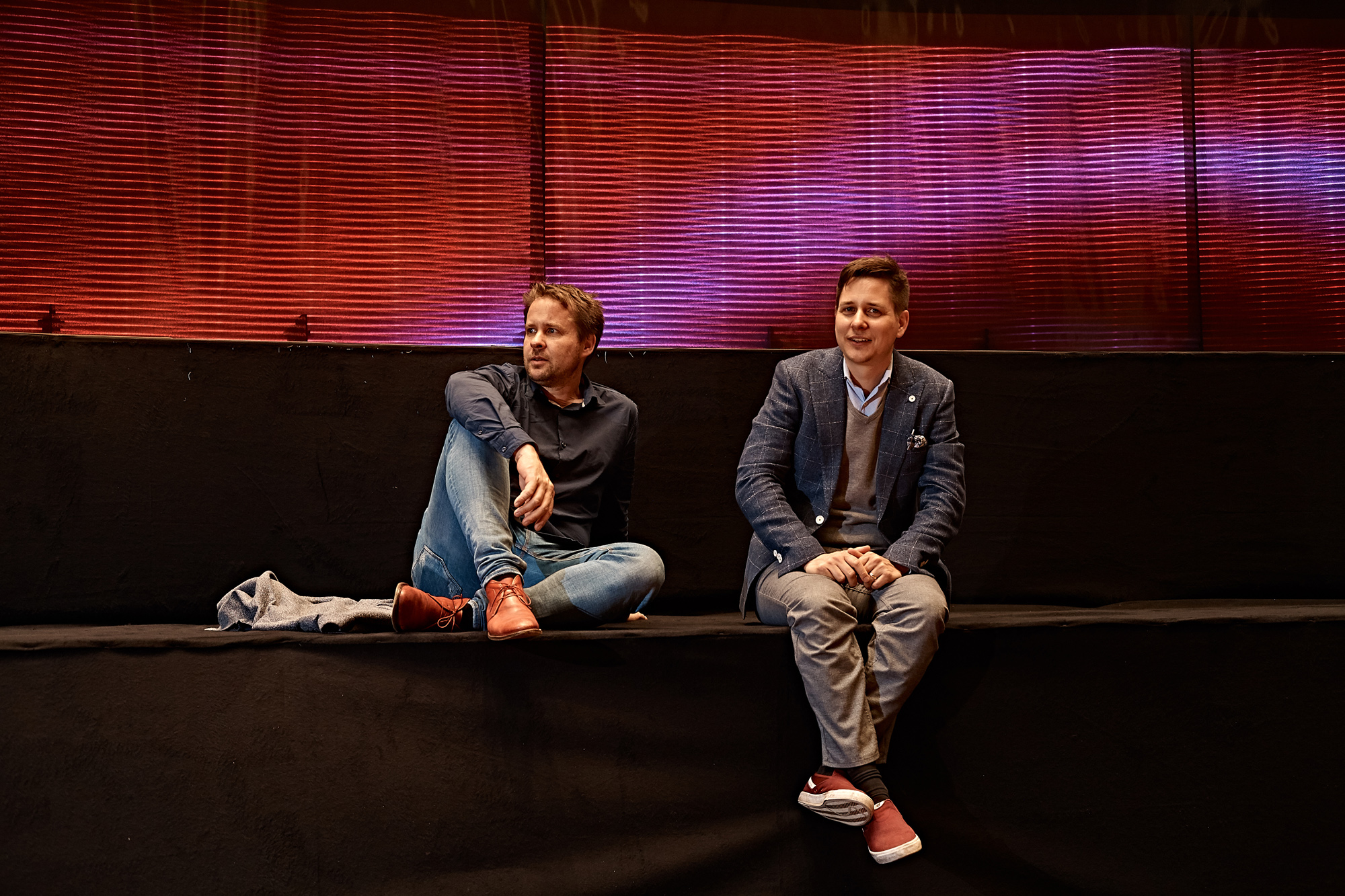 Did the project inspire you to come up with your own idea? 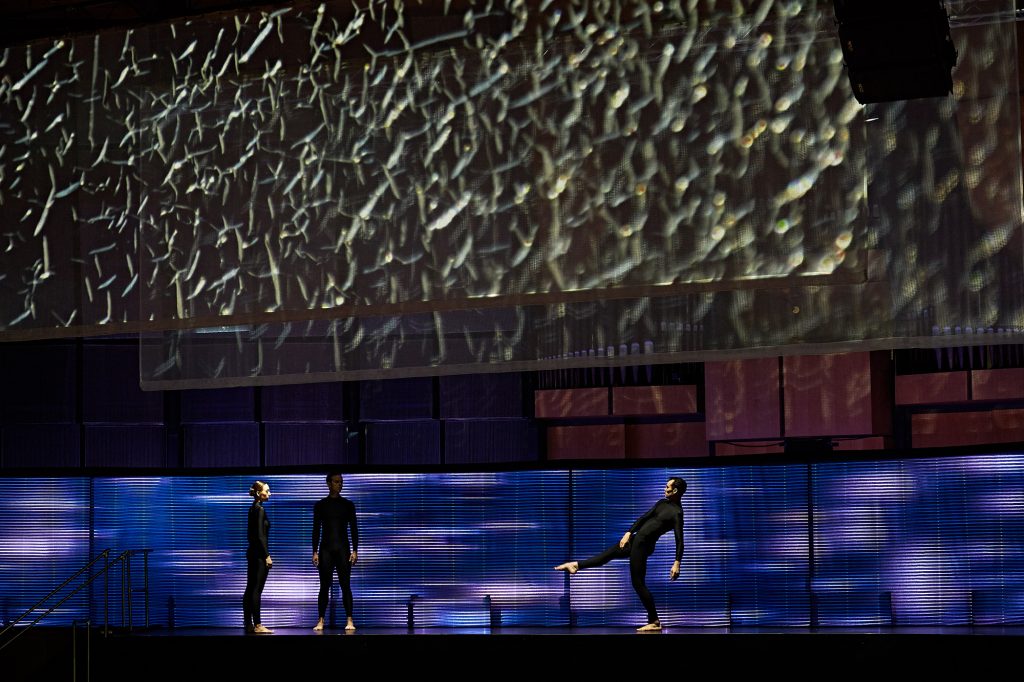 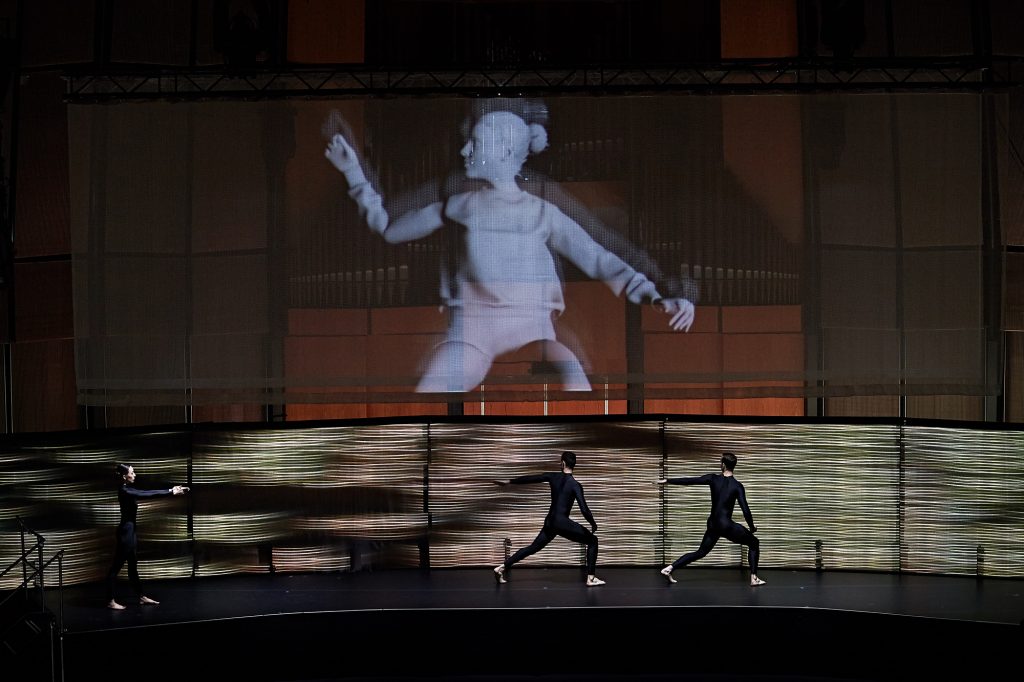 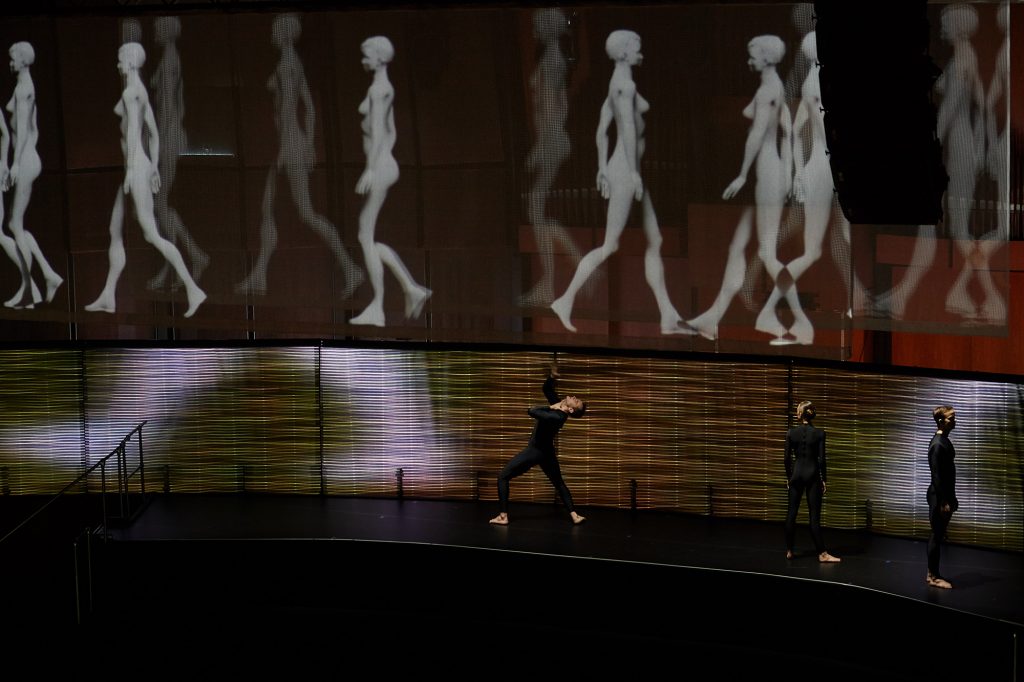 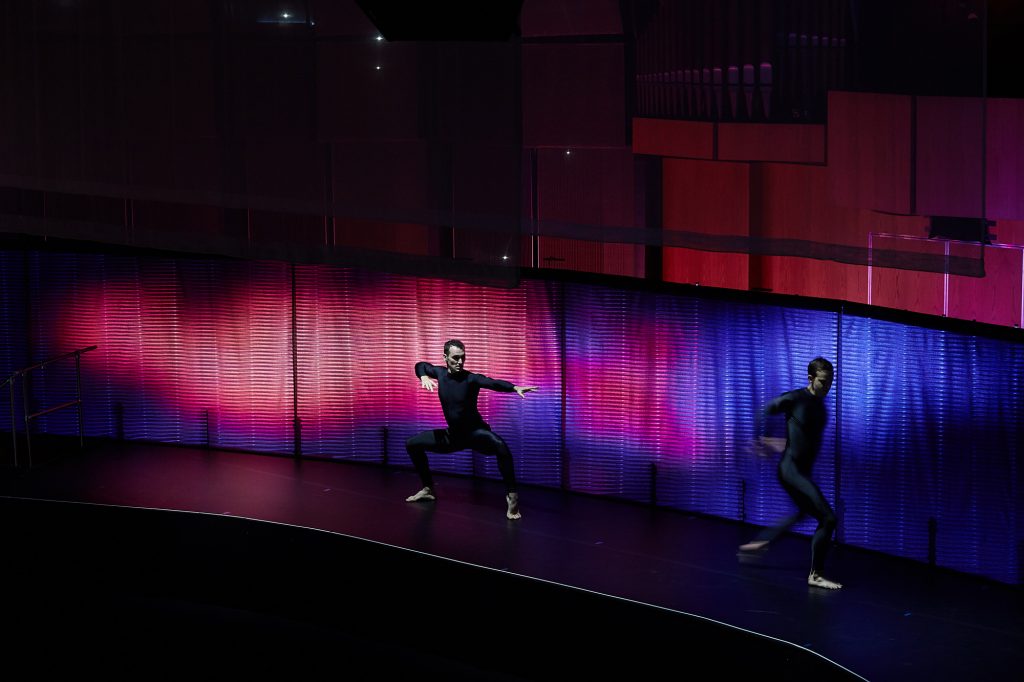 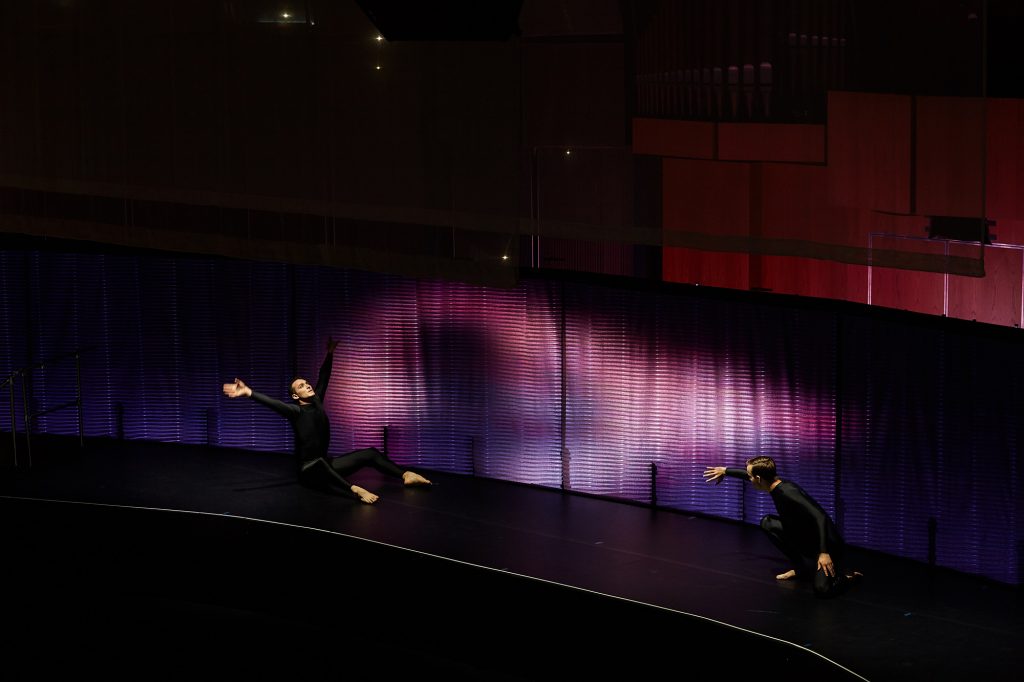 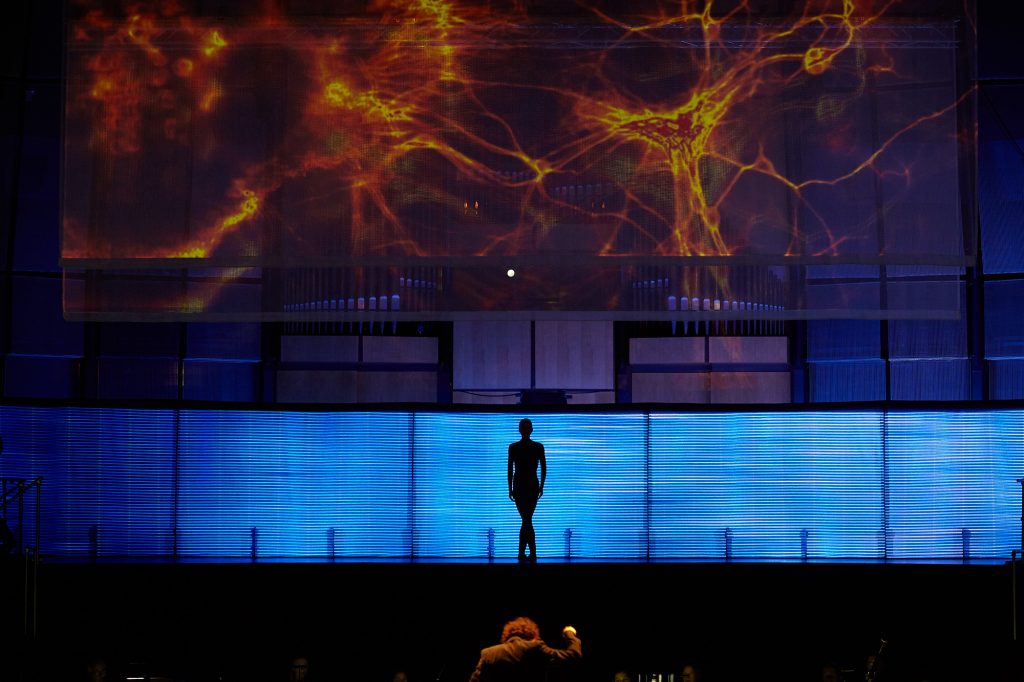 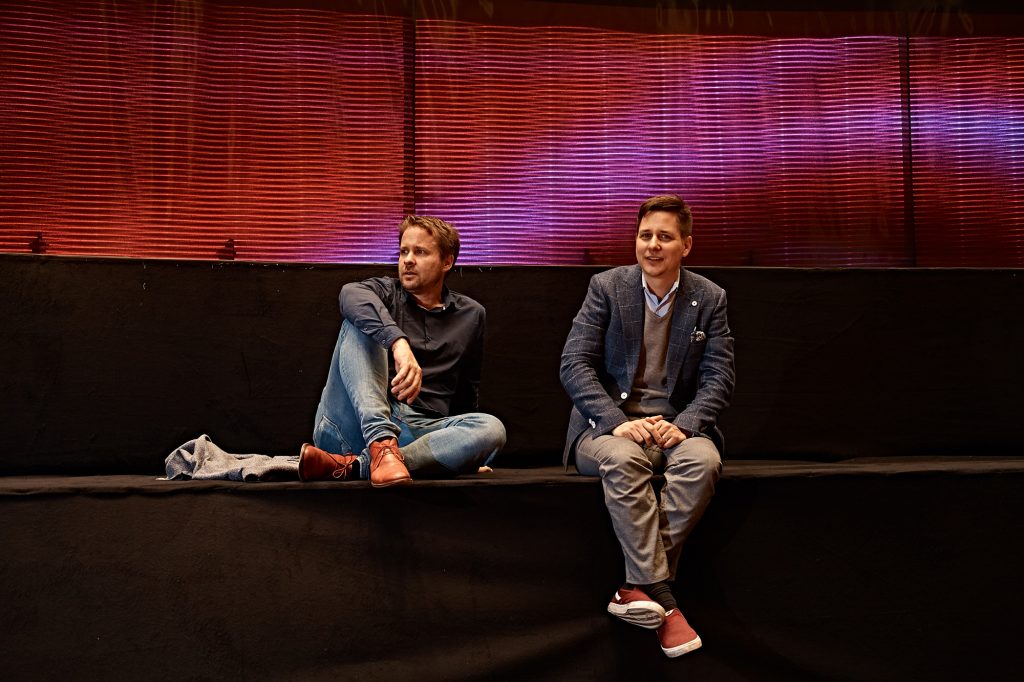 MADE FOR UNIQUE PROJECTS

A brand of the ETTLIN Group 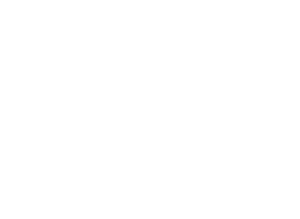